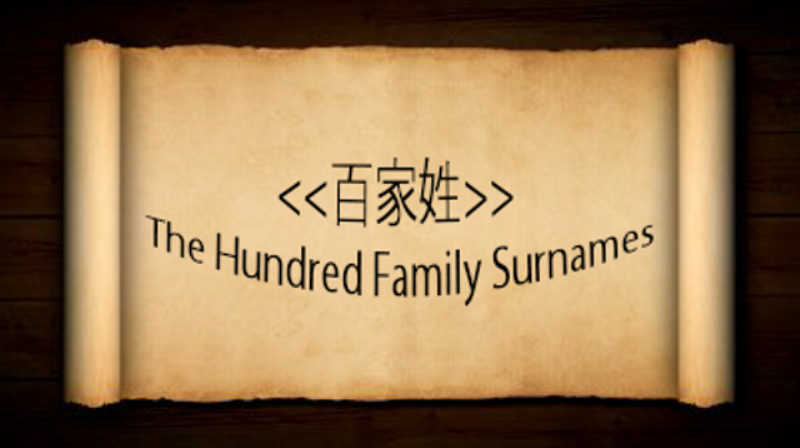 The Hundred Family Surnames <<百家姓>> is a classic Chinese text written in the tenth century. The original list consists of 411 surnames, but was expanded to 504 surnames. 60 of these are duo-character surnames. The text is arranged in a poetic manner – lines of eight characters – to facilitate memorization by school children. The first four surnames – 赵, 钱, 孙, 李 – are believed to represent the most important families in the empire at that time. Other than this, the surnames are not arranged in commonality.
The Three Character Classic <<三字经>>, The Hundred Family Surnames <<百家姓>>, and The Thousand Character Classic <<千字文>> are prominently known as San Bai Qian <<三百千>>, from the first Chinese character in their respective titles. These three texts are widely used in China in the past to educate children on basic Mandarin literacy, and most importantly, the deep and rich Chinese culture that are described within these classics.
Below is the copy in Simplified Chinese with Pinyin of the timeless classic.

The last four characters in red indicates the end of the list.
Here in Singapore, the top three most common surnames are 陈, 林, and 李.
Kudos to that! [My surname is Tan (陈chén) and our respected founding father of modern Singapore Lee Kuan Yew has the surname Lee (李lǐ)]
See related page
One Hundred Names – China Sage