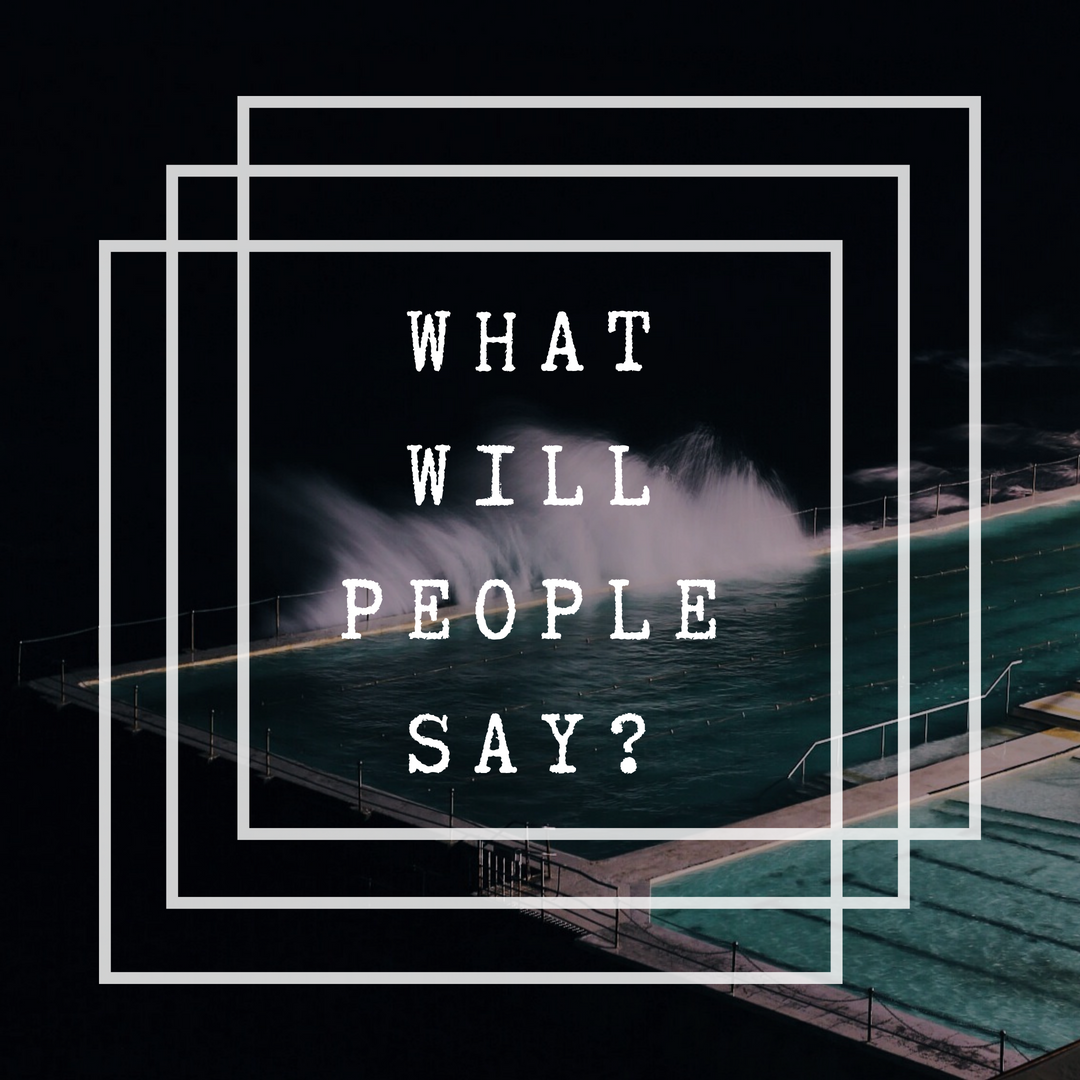 Video Transcript:
There are 4 words that have killed more dreams than rejection, failure, or anyone in the world. So you’re probably wondering, “What are those 4 words?”
We all feel that rejection kills dreams. We all feel that failure kills dreams. We all feel that people kills dreams. [You can’t kill my dreams!]
But actually, there’re 4 words that we say in our heads. To ourselves. That genuinely have destroyed more dreams than all of those things put together. Those 4 words are… WHAT WILL PEOPLE SAY? What will people say? How many times have you stopped yourself from doing something because you’re scared of how people will react?
How many times out of the fear of someone else’s opinion or criticism have you stopped yourself from doing what you believe in? How many times have someone’s perception or perspective stopped you from living your potential? [Too many times to count…]
I want to tell you a story about a man and his father who were walking with their horse through a market. While they were walking through, one of the people in the market saw them, and he said. “You fools! You’re so stupid! If you have a horse, why wouldn’t you ride it? They thought, “Oh, wow, maybe that person’s right.”
So when they went on to the next market, this time, the young man got on top of the horse and the old man walked by its side. In the next market, another person saw them and shouted out, “How insensitive can you be young man? You’re letting your old father walk while you ride the horse. That’s completely inconsiderate!” The young man thought, “Oh wow, maybe that person’s right.” Out of that criticism, he got off the horse and allowed his father to ride the horse.
They arrived in the next market. When they arrived in the next market, one of the people saw them and said, “Oh my god! Old man, why are you being so inconsiderate? You’re being so lazy. You’re letting your son walk while you ride the horse.” Again, the son and the old man thought, “Oh my god, maybe this person’s right.”
And when they went to the next market, they were both riding the horse together. They thought, “This time, no one can have any complaints, no one can have any criticism.” To their surprise, one of the people in the market shouted out, “You’re both the most inconsiderate, lazy people I’ve ever seen. You’re both putting so much weight on this horse. How do you go to sleep at night?”
I love that story and that anecdote because it just shows, no matter what you choose to do, there will always be people who find fault with it. There will always be people who criticize, complain, who try to bring you down and tell you that what you’re doing isn’t right. [Haters gonna hate.]
It’s crazy that we give up what we most want in life just based on people’s opinions. And the crazy thing is, if we’re living for other people’s opinions, we’ll never be right. There will always be someone with something that they don’t agree with. And this is why it’s so important that we work with our own conviction. We work on what matters to us.
It was Aristotle who told us, “There’s only 3 ways to avoid criticism. Do Nothing. Say Nothing. Be Nothing.” And I’m sure none of us want that of our future. So don’t let anyone’s opinion stop you. Don’t let anyone’s criticism hold you back. Keep following your passions. Invest in what you believe in. And remember: Don’t let people’s compliments get to your head, and don’t let their criticism get to your heart.